Who are we?
Where do we come from?
Where are we going?
The questions Paul Gauguin asked in this painting have been buzzing around the book industry for the past decade. Fifteen years into our new century, some answers have emerged. The dominant theme remains CHANGE; the dominant factor remains the shift in control of the publishing industry from literary experts to technology companies.

As I noted last week, in Part One of this Nov. 19 presentation at San Francisco’s Mechanics’ Institute Library, traditional publishers and print books aren’t dead. They’re not even moribund–they earn more than $14 billion a year.  While most of the classic 20th-century publishing houses have been merged into the Big Five mega-houses, new and (usually) specialized small publishers continue to sprout and thrive. 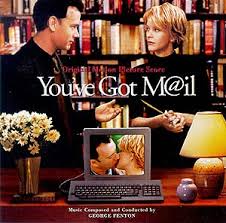 The big-box booksellers that steamrolled so many indie bookshops in the last century are gone or languishing, replaced by book sections in mall and airport stores as well as by resurging neighborhood bookshops. Some of these now sell e-books as well, whose sales are booming.

Basically, what’s happened is that more people are reading more books. Book publishing is not a zero-sum game, thank goodness. The challenge is, with half a million new books coming out every year, how do you as a reader find the ones you’ll like? And how do you as a writer find your readers?

This loops us back to the irony I mentioned last week: For an author, writing the book is just the beginning. Most of the job these days is marketing. 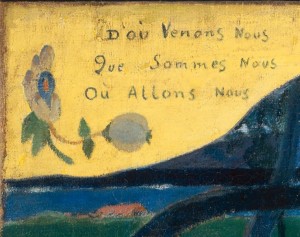 One of the first questions an agent or editor typically asks a prospective author is Do you have a platform?–that is, do you have a strong social media presence? a website, a blog, thousands of followers on Twitter, Facebook, and elsewhere on the Internet. You know and I know that you can buy ten thousand followers with a click and a credit card, and they’re not potential buyers of your book or anyone else’s; they’re sweatshop workers. But publishers are gatekeepers, and they need some way to decide who’s in and who’s out. When a psychologist friend of mine tried to parlay his nonfiction success into a novel contract, he was told he’d have a better chance if he were a serial killer.

The up side is that publishers have finally recognized that if they want to stay in the game, they have to add value. Book-buyers look for Jane Austen or Stephen King on the cover; they don’t look for Macmillan or Simon & Schuster on the spine. Traditional publishers do offer the advantage of an expert staff, including sales reps and marketing departments.

But as Betty Kelly Sargent reported last week in Publishers Weekly,“Self-publishers have become sophisticated marketers–finding and connecting with their readers through social media, Amazon, and by selling directly from their websites in ways never possible before.” They have to–between 2008 and 2013, the number of self-published books climbed 437 percent.

So on the one hand, publishing houses have circled the wagons: self-published books are still shut out of many literary awards, organizations, and bookstores. On the other hand, the Big 5 look at self-publishing as a sort of farm team, between agent submissions and the slush pile. As of now, most of the top-selling self-published authors started out as traditionally published authors; and the most successful author category is the hybrid, who publishes both ways.

Harper Collins took the farm-team idea another step by creating the website Authonomy, where writers can post a book and readers can vote for which ones should go all the way to the editor’s desk. A couple weeks ago, Amazon trumped that concept. Quoting from the website: “Kindle Scout is reader-powered publishing for new, never-before-published books . . . where readers help decide if a book gets published. Selected books will be published by Kindle Press and receive 5-year renewable terms, a $1,500 advance, 50% eBook royalty rate . . . and featured Amazon marketing.”

That could be a game-changer. What Amazon’s doing is cutting out both publishers and agents. The burden is on the author to write, design, and produce an outstanding e-book; but for the chosen few, the 800-pound gorilla will help with the marketing.

What makes Kindle Scout so brilliant and scary is that it plays into the current publishing trend known as Social. Social is the kind of readers and writers exchange you find on Web hubs like Goodreads, LinkedIn groups, or Kindleboards. Simon Dunlop, who’s launched a subscription service in Russia called Bookmate, says Social is his big draw. His customers are less interested in the unlimited books than the Goodreads-type features, such as groups, recommendations, and author pages.

Amazon bought Goodreads, so they obviously think Social is hot. How hot subscription services are, is hard to say; they’re still pretty new and kind of groping for a niche. Amazon launched its version, Kindle Unlimited, in July. In case you missed it, the idea is Netflix for books: for $10 a month you get all the e-books you can read, up to 10 at a time. Their competitor Oyster just added Social in the form of Booklists. Their press release describes these as playlists, like on Spotify; I’d call them bookshelves, like on Goodreads. It’s sort of back to the future, like the Samsung Galaxy Note. OMG, a cellphone you can write on, just like a pen and paper!

I don’t think Oyster and Scribd and Bookmate are like Netflix as much as they’re like your local library. Right in this building, you can get all the books you want. Paper books, and e-books too. Also audiobooks, music, and movies. And talk about social! Look around. 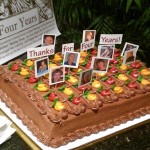 So, have fun tonight. You’re on the cutting edge.