“The savviest agents for the biggest authors . . . figure out in concert with the publisher 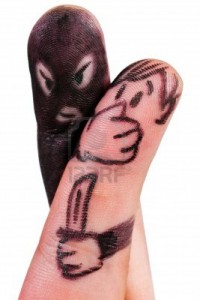 how many copies they think the book should sell . . . and get an advance that is equal to a startlingly high percentage of the revenue that sales level would produce.” — Mike Shatzkin, 6/26/13

Ever since the dawn of time, when I launched my publishing career as an editorial assistant at Harper & Row’s new West Coast branch, publishers have vigorously defended their habit of paying giant advances to already-successful writers.

Common sense suggested that emptying the coffers to sign the next Valley of the Dolls (or Harry Potter) would leave no advance money, and scant enthusiasm, for books in the not-soon-to-be-a-major-motion-picture class.  On the contrary! ran the mythology. It’s the little guys we truly value, and it’s our prodigious income from Jacqueline Susann (or J.K. Rowling) that enables us to publish them.

It wasn’t true then, and it isn’t true now.

The latest Shatzkin Files turns a spotlight on financial finagling between authors, agents, and editors. It seems the hardship level of the big publishers, like that of Wall Street, has been greatly exaggerated. It also seems that the rising tide has not lifted all boats — only the yachts. 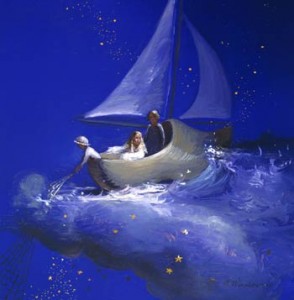 & multifaceted as its title:
Platforms of Tomorrow: Connecting in the Cloud, Across Devices and Desires.

Transmedia’s biggest revelation for me has been that in the 21st century, the creativity I associate with art has, to a startling degree, migrated into commerce.   The success of “Mad Men” owes less to decor nostalgia than to the 21st century’s embrace of money as a universal measure of value, with marketing as its vestal.  At the previous Transmedia meetup I attended, we learned how to use ancient mythological themes (as distilled by Joseph Campbell) to sell sneakers or Coke.

Last night’s presenters focused on the growing integration of media in commercial ventures, from movies and games to Craigslist ads.

Launching the evening’s theme of interweaving not only multiple media but social and/or real-world experience was Paul Cheng of Phigital.  He described the “mix and match from the physical and digital worlds” his group is applying to, for instance, a Hunger Games-based game played in real time in New York City with instructions, weapons, and communications transmitted by smartphone.

Alex LeMay and Steve Harshbarger of The Shadow Gang developed Galahad to enable game- and movie-producers to build the whole apparatus which now is an obligatory sideshow for any world-creator, without having to learn the tech on either the development or the monitoring end.  A central assumption is that “technology and content exist in the same plane — when you change one, you should change the other.”

Robert Mindzak showed off Cover Page, which lets anyone create a magazine or other content delivery vehicle for multi-touch media as an app for iPhone, iPad, et al. Like Phigital and The Shadow Gang, he emphasized the integration and interdependence of content and media: among his key points was “Design content for the brain, eyes, and fingers.”

Moovweb, as Ishan Anand explained, meets a critical need in the present shift from desktop to mobile interaction with websites:  “A web developer can point the Moovweb cloud at any website and transform everything to mobile.”  It’s all in the interface; the content and functionality remain intact, but the user experience is mobile-optimized.

Ponga had a table nearby to demonstrate their beta, which lets the user annotate sections of a photograph, verbally and/or visually.  For instance, if you were selling your antique desk online, you could show potential buyers where to find the secret compartment and how to open it.

Last but not least, thanks to YetiZen, which provides free work space to innovators daily from 10 AM to 8 PM, and evening space for gatherings like this one, brilliantly organized and conducted by Beth and Maya.