This just in from Judy Irving of Pelican Media: 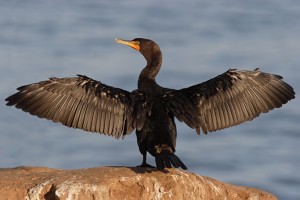 “Cormorants in the Crosshairs,” a 10-minute film I just finished, will premiere in Portland Oregon on August 19th at the Hollywood Theater, screening with “Pelican Dreams.” Please help spread the word:

Cormorants are beautiful, athletic, adaptable, intelligent birds who don’t deserve to die because of human-caused habitat destruction and overfishing. Yet that’s what’s happening, and the Audubon Society of Portland filed suit against the Army Corps of Engineers to stop it.

In 2009 Mark and I camped and filmed on East Sand Island in the Columbia River for “Pelican Dreams,” so I was familiar with the cormorant colony where the killing has begun (at night, with rifles, while the birds sleep on their nests). We’ll both be at the August 19th premiere in Portland.

Marie Travers, a wildlife rehabilitator who helped raise five young cormorants at International Bird Rescue, became my film collaborator, and many others donated video, still photos, sound effects, and film services to this pro bono project. The 10-minute movie is Pelican Media’s gift to Portland Audubon, in gratitude for their work and in support of their lawsuit. It will be up on vimeo after the premiere. 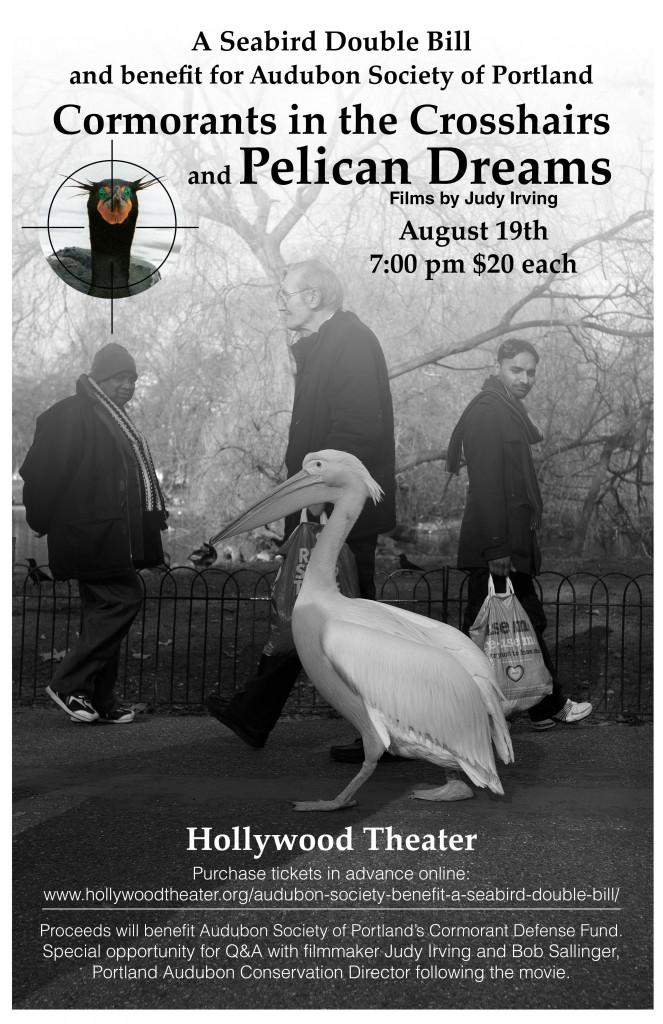