We’re looking forward to a brand-new year (play it, Pete Townshend!) . . . hoping it will be full of reignited friendships, collaborations, festivities, and hugs.

While the late winter Left Coast Crime conference won’t resume in person until 2022, mystery writers and fans are still crossing our fingers for Malice Domestic at the end of April. We’re especially excited about the launch of Malice’s 2021 anthology Murder Most Diabolical, presented by Lifetime Achievement Award winner Walter Mosley and featuring CJ Verburg’s story “A Terrible Tragedy.” Set on Cape Cod, this is reluctant sleuth Edgar Rowdey’s first foray into the buzzing local theater scene, when he’s tapped to design the set for a Hollywood director’s production of Macbeth.

Whether Malice Domestic 2021 is 3-D or virtual, keep an eye out for Murder Most Diabolical!

Dining and dancing atop the Eiffel Tower . . .

Floats and fireworks at a small-town Strawberry Festival . . .

A pop-up concert outside EuroDisney . . . 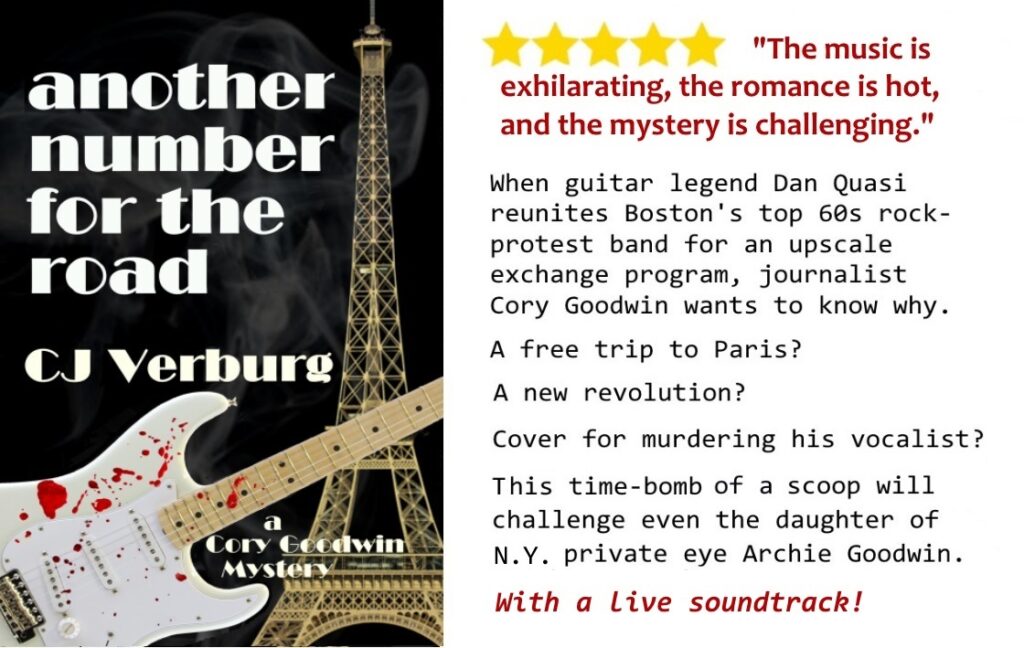