How does globalization look from the other side of the globe? Find out from some of the most exciting literary voices you may never have heard before.

Starting in January, Boom-Books author Carol Verburg will lead a monthly tour of four nonWestern countries whose writers are weaving their own distinctive cultural heritages together with worldwide artistic techniques and political viewpoints.

What better way to brighten these long winter nights than with a tasting menu like this? 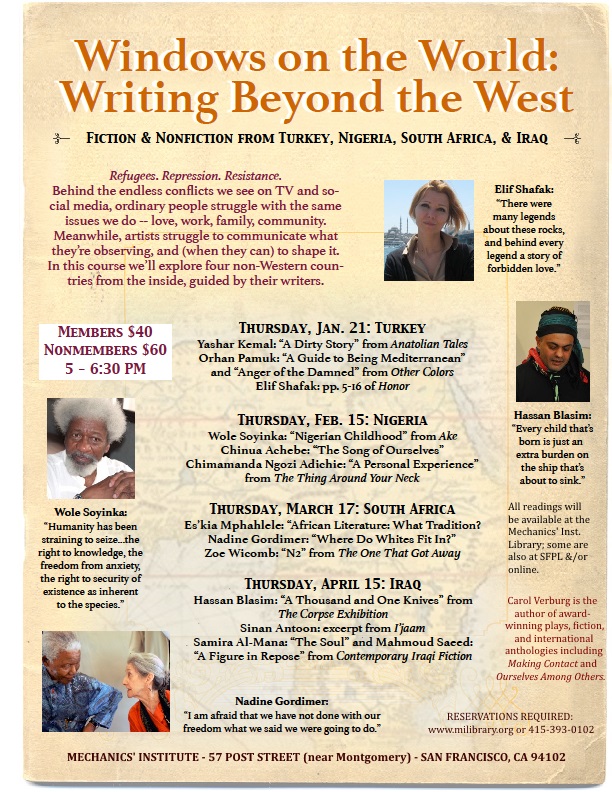 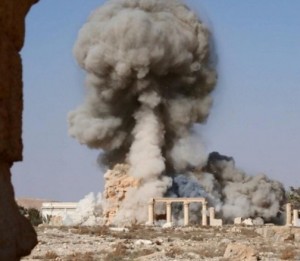 When the self-styled Islamic State (also known as Daesh) captured the ancient Syrian city of Palmyra earlier this year, destroyed its magnificent monuments, and beheaded their curator, we in the West were outraged and horrified. That must have pleased Daesh’s jihadis. but it didn’t satisfy them. To scare Westerners past horror into terror, yesterday they struck on our turf: Paris.

Our reflex is to strike back. Revenge! But isn’t that the impulse that motivates Daesh? From their point of view, they are not aggressors but defenders. Anyhow, what good is “bomb them back to the Stone Age” when that’s precisely their goal?–to wipe out what we in the West call civilization, and re-establish not just a pre-technological or pre-industrial but a pre-global, pre-rational state of purity? 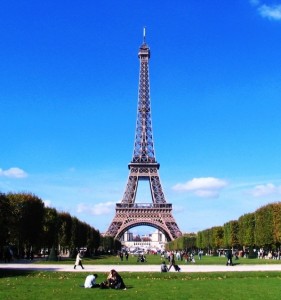 The crowd that filled Paris’s Bataclan concert hall last night, many of whom were taken hostage and/or ruthlessly slaughtered there, had come to hear an American band called Eagles of Death Metal. Afterwards, Parisians showed their defiant solidarity by singing the French national anthem, “La Marseillaise.” Some loosely translated excerpts: “Against us flies the bloody flag of tyranny. Hear the ferocious soldiers roar! They’re coming at us, to slaughter our sons and companions. To arms, citizens! Their filthy blood shall water our fields!”

Striking back is a default response for any creature threatened by attack. What option is there but “fight or flee”? To flee is cowardly; therefore we must fight.

On the other hand: the core tenet of Christianity is nonviolence. In the Bible, Jesus is quoted on this point in the Gospels of both Matthew and Luke:

But I say unto you which hear, Love your enemies, do good to them which hate you,
Bless them that curse you, and pray for them which despitefully use you.
And unto him that smiteth thee on the one cheek offer also the other; and him that taketh away thy cloke forbid not to take thy coat also. — Luke 6:27-29 (King James Version)

This tenet, morphed into Mohandas Ghandi’s technique of nonviolence, enabled India to win its independence from British colonial rule. Martin Luther King and others made it central to the American civil rights movement. Ghandi noted that nonviolence is very different from fleeing; it is a strategy of strength, not weakness, meant to “liquidate antagonisms but not the antagonists.”

Implied by nonviolence is a need to respect one’s opponents–that is, to understand that one’s enemies are not evil demons but fellow human beings, who (like us) make choices which, whether right or wrong from our standpoint, seem wise and desirable to them. 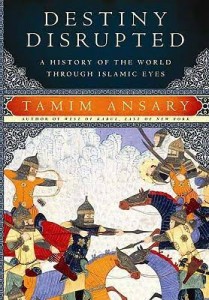 One approach to this need for understanding is outlined by Afghan-born author Tamim Ansary. In his view, any cohesive group of people (for instance, Muslims, Christians, or Jews) sees itself as part of a historical narrative. “You understand history best if you follow the arc of the narrative.” To make sense of the group’s actions, “you need to [understand] the place that the present has in the narrative that people think they’re living in.” Ansary sees the 21st-century Middle East less as a clash of civilizations than as a crossroads where coherent but distinctive narratives have intersected.

Pankaj Mishra, in his Introduction to Turkish novelist Ahmet Hamdi Tanpinar’s The Time Regulation Institute, treats Tanpinar’s story as a response to another such intersection a hundred years earlier. “In the 1920s the Muslim-majority Ottoman Empire was radically and forcibly reorganized into a secular republic by Mustafa Kemal (better known as Ataturk), and everything in its culture, from the alphabet to headwear and religion, hastily abandoned in an attempt to emulate European-style modernity.” The Western narrative seized upon by Ataturk included “the basic assumption…that societies must modernize and become more secular and rational, relegating their premodern past to museums or, in the case of religion, to private life.” Although Ataturk’s revolution was an outward success, it entailed hammering a round peg into a square hole. When Tanpinar’s central character agrees to wear a bureaucrat’s suit, he remarks,

I began to use terms like “modification,” “coordination,” “work structure,” “mind-set shift,” “metathought,” and “scientific mentality”; I took to associating such terms as “ineluctability” or “impossibility” with my lack of will. . . . I began to look at people with eyes that wondered, “Now what use could he be to us?” and to see life as dough that could be kneaded by my own two hands.

To Tanpinar’s characters, this Western attitude seems as alien and bizarre as the Ottoman attitude–“in which idleness, or wasting time, is a source of happiness”–seemed to Europeans. In the 21st century, Turkey’s old narrative has been reasserting itself.

Mishra quotes Dostoyevsky: “No nation on earth, no society with a certain measure of stability, has been developed to order, on the lines of a program imported from abroad.”

As we struggle for answers–How can any human beings do these things? How can we stop them?–we can start by learning more about the histories and self-concepts of groups that don’t share our assumptions about the past, the present, ethics, values, or even the nature of existence. Where to begin? I recommend Tamim Ansary’s book Destiny Disrupted: A History of the World through Islamic Eyes.

CJ Verburg’s books include the international anthologies Ourselves Among Others and Making Contact. Starting in January 2016, she will teach a four-session class at San Francisco’s Mechanics’ Institute, “Windows on the World: Writing Beyond the West,” on contemporary writing from Turkey, Nigeria, South Africa, and Nigeria.

Our Boom-Books authors are busy!

From romance writer Charisse Howard: “After way too much foot-dragging, I’ve jumped on the National Novel Writing Month (NaNoWriMo) bandwagon. Goal: finish a draft of my new Regency Rakes & Rebels romance, Lady Daphne’s Deception, by Nov. 30. Can I write 50,000 words (or even 30,000) in 30 days? Stay tuned!” 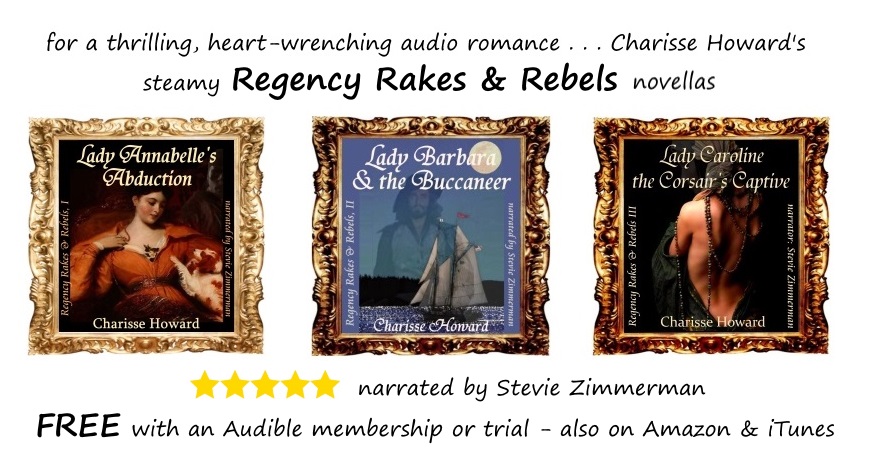 From mystery writer Carol (CJ) Verburg: “For the Halloween issue of Provincetown Magazine, I gave a long interview to reporter Steve Desroches about artist/author Edward Gorey’s involvement with the Provincetown Theatre Company and its Playwrights’ Workshop (now Lab). Back in 1990 I had the good luck to be the president of PTC’s board and a founding member of the Workshop, and grabbed the chance to invite my brilliant Yarmouth Port neighbor to stage an original play in Ptown. Edward enjoyed himself so much that he went on to join the Workshop and to write, design, and direct three summer “entertainments” in PTC’s waterfront HQ at the Provincetown Inn. The full story of that adventure is in my multimedia memoir Edward Gorey On Stage. 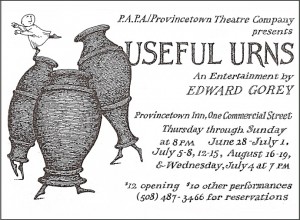 “I’ve had to put off working on my next book — the sequel to Silent Night Violent Night: a Cory Goodwin Mystery — until three current projects are in hand. First, the novel I just finished writing, Zapped: an Edgar Rowdey Cape Cod Mystery — the way-overdue sequel to Croaked — is finally on its way to publication. Second, so is the script for Edward Gorey’s third Provincetown entertainment, Crazed Teacups. More news on that front as it happens. 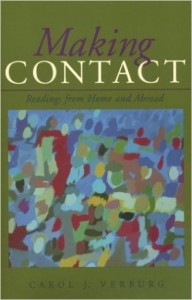 “In the meantime, I’m returning to my longtime involvement with international literature. Through all those years of late nights in Cape Cod theaters with Edward Gorey and our floating band of thespians, my day job was editing collections of cross-cultural readings for college writing courses. The urgency of listening to voices from unfamiliar parts of the world came back to me this year, with the news endlessly full of bombings, protests, battles, and refugees. Starting on January 21, 2016, I’ll be teaching a monthly four-session class at San Francisco’s Mechanics’ Institute called Writing the World: Literature from Turkey, Nigeria, South Africa, and Iraq. While the class is rooted in my book Making Contact, it’s hugely enriched by the increased availability in English of stories, essays, and speeches by non-Western writers. And I as a Western writer am enriched by the dazzling diversity of storytelling traditions that’s produced the likes of Chimamanda Ngozi Adichie, Ahmet Hamdi Tanpinar, Es’kia Mphahlele, and Yashar Kemal.

“When I do get back to my own book, it will be with gratitude for these gifted artists who’ve persisted through unimaginable social, political, and economic challenges to send their messages out to the world.”