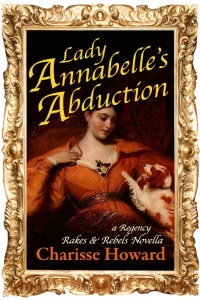 Some like it hot — if that’s you, grab Charisse Howard’s brand-new flagship book in her Regency Rakes & Rebels series: Lady Annabelle’s Abduction.

This is a historical-suspense romance that’ll scorch your fingers!  Lady Annabelle Chatfield is resigned to marrying the dumpy middle-aged Earl of Brackenbury in order to save her desperate family.  But a week before the wedding, a tall dark stranger pops in her bedroom window and carries her off — thereby risking her honor and her future.

Can a rescue party or a ransom come in time to save her?

After just one day of being treated like a woman instead of a lady, does she really want it to? 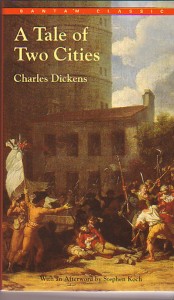 In the roller-coaster publishing business, it’s the best of times and the worst of times.  Mystery writer Bill Buford directs our attention to an illuminating article by Erica Wagner in the Financial Times a few days ago:

“. . . When you scan the cultural landscape, it seems like everything is getting bigger and bigger and bigger. . . . How will publishers counter the might of Amazon, which recently reported sales of $15.7bn in three months? By mustering their regiments into one giant army: the merger of Penguin and Random House will mean a single company controlling a quarter of the world’s book market.”

Thirty years ago, my publishing colleague Ron Pullins observed that the industry’s obsessive focus on best-sellers and consolidation had the happy side effect of opening up room in the smaller markets.  After an internecine battle restructured the company we worked for, impelling us both to jump off the corporate ladder, Ron created his own company, Focus Publishing, and fulfilled his dream of never working for another @#%!#@ again.

Wagner, on the other side of the Pond, paid a call on publisher David Fickling, who recently parted company with Random House.  Fickling–cosily settled in his “pleasingly ramshackle Oxford office”–quoted Albert Einstein:  “The intuitive mind is a sacred gift and the rational mind is a faithful servant. We have created a society that honours the servant and has forgotten the gift.”

Most of us who chose creative callings did it for the gift, only to find ourselves browbeaten by the servant.  The democratization of the arts, which has fulfilled the hippie dream of Power to the People, AKA the socialist dream of workers owning the means of production, sometimes seems to have let so many hundreds of flowers bloom that we’re all in danger of suffocating from the pollen.  It’s useful to remember that the core of what we do is its own reward.  Those twin Colossus of Rhodes pillars of our culture, Discoverability and Monetization, are only the legs holding up the creation.