Recursion by Blake Crouch
My rating: 5 of 5 stars

This is the first book I’ve read by Blake Crouch, and if not for a friend’s recommendation plus an advance review copy, I’d have backed off from its melodramatic sci-fi blurb: “What if someone could rewrite your entire life?” Luckily, from my POV as a former science editor, Recursion is not about the ooh-scary possibility that “someone” could “rewrite” your life. Crouch explores a much more plausible (and therefore scarier) scenario: since past, present, and future all coexist, and arguably are defined by human memories rather than that amorphous concept/entity “time,” a tech genius whose mother suffers from Alzheimer’s could find out how to shift time back, or shift back in time, to alleviate her suffering.

We know from sci-fi’s long history that tweaking time always creates deadly ripples, enabling Crouch to open this book with a dramatic human crisis. Police Detective Barry Sutton confronts a suicidal woman who’s just discovered that her happy memories of a full life are false, and she can’t live with the grim, empty reality that’s replaced them. Barry has his own human drama to cope with, and it propels him to investigate the woman’s impossible story. Meanwhile, scientist Helena Smith is offered a Faustian bargain she can’t refuse, with consequences that set her and Barry on a collision course.

Told in the present tense, third person, Recursion quickly became so riveting I could hardly put it down. Its fast-paced interwoven story lines are all the more poignant if you have, or know anyone who has, difficulties with memory. I just finished reading it, but it will be a while before I stop thinking about it. 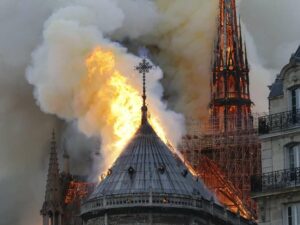 Today is the nineteenth anniversary of Edward Gorey’s death; and in Paris, Notre Dame Cathedral is burning. Edward majored in French literature at Harvard and was as fluent in the language, art, and cinema of France as if he’d ever set foot there. If he were alive, he’d be watching the live-streamed fire in horror right now, probably while etching away at a completely unrelated drawing for his latest book or theater project.

Elsewhere across America, people are filing their taxes today. And even as the flames of homophobia, racism, and misogyny consume our heritage of aspiring to (if not attaining) liberty, equality, and fraternity, our 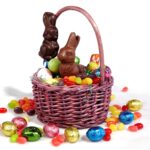 Thanks to resistance from his friends, Edward Gorey’s house was not consumed after his death by the hotel next door (“The Doubtful Guest Room”?!?). Instead it’s become a very personal museum, which just opened for the season last weekend with this year’s unique exhibit of his art and ephemera: Hippity Wippity: Edward Gorey and the Language of Nonsense, which “explores Gorey’s embrace of a genre . . . that revels in breaking down any expected narratives and structures, that lobotomizes language, that confuses with inexplicable storylines and thrusts the reader into an active participation.” 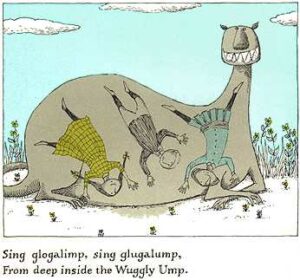 If anyone asked me “What’s the one thing you admired most about Edward Gorey?” (that maddening, misleading, time-saving question so dear to interviewers), I might respond with E.M. Forster’s epigraph from Howards End: “Only connect.” Edward (and other brilliant people I’ve loved) saw behind the façade of things into the web that links them. You can sometimes discern this in his classic or straightforward nonsense, e.g., The Wuggly Ump — made-up language and creatures in the Edward Lear vein. I’m fonder of his more esoteric nonsense, where “only connect” is blatant. This occurs more often in his stand-alone drawings than stories. The relationship between elements of the scene transmutes menace into nonsense, and vice versa at the same time: the “characters” are real, but their connection is nonsensical. 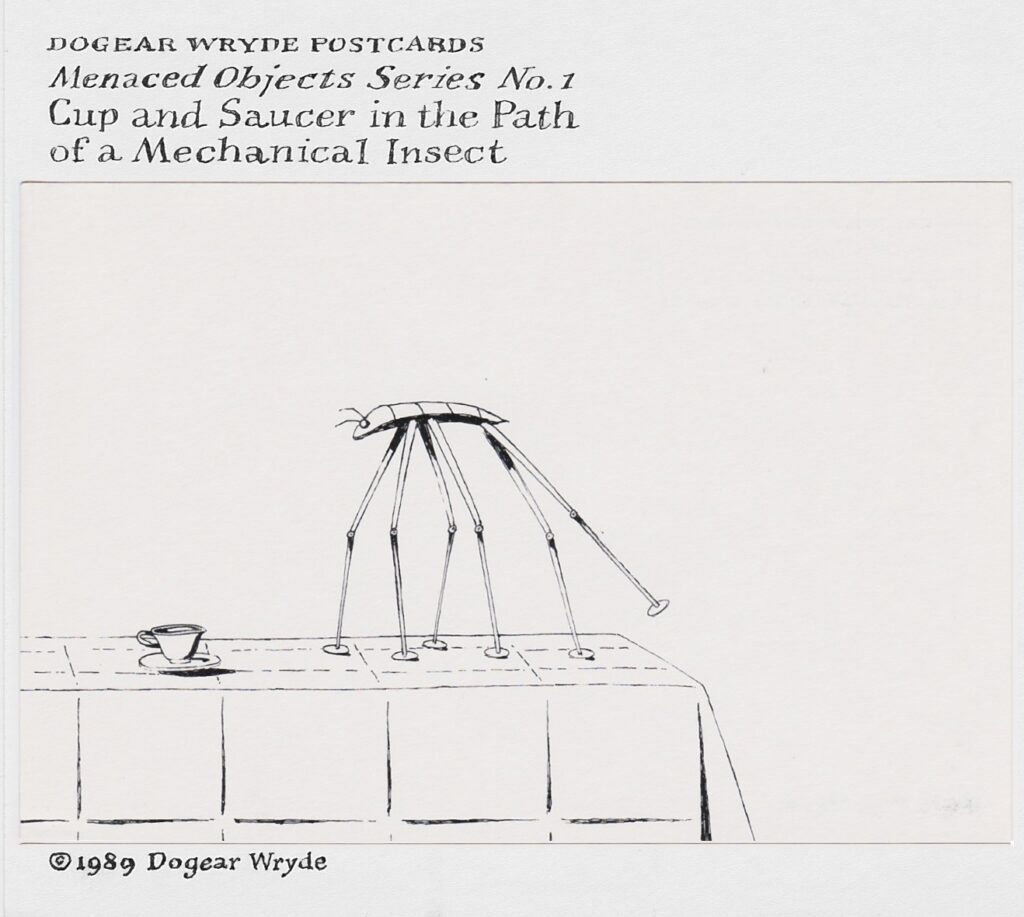 Six months ago I spent a glorious hour, uncommonly mellow for a November morning, strolling around Notre Dame de Paris. Watching flames pull down its ancient, legendary spire today, I felt not only devastated but uneasily responsible, somehow, as if behind that sunshine and tranquility I should have detected the menace lurking half a year ahead.

The April 15 when Edward Gorey died was, for me, even more excruciating (double-entendre intended). Yet I can imagine happily tossing him that same double-entendre across the table at Jack’s OutBack, over his iced coffee and Tooner Sallid Samwich and my cup of chili, confident that it would be caught and chortled at by the penner of “She toyed with her beads Jadedly” and “He fell off the pier Inadvertently.” 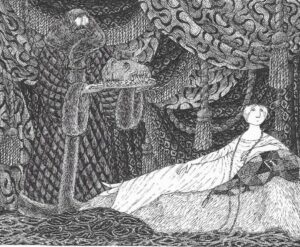 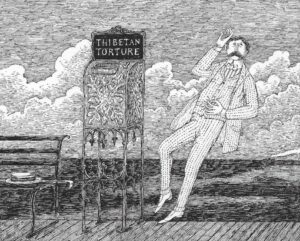 If you can, go see “Hippity-Wippity” sometime this summer and wander through the house where so many exceptional works of art were created, nonsensical and otherwise. If you can’t, or until you get a chance, you can travel to that deceptively unthreatening spot in my books Edward Gorey On Stage: A Multimedia Memoir (nonfiction) and Croaked: An Edgar Rowdey Cape Cod Mystery (fiction) and its sequels.

Read the memoir for the facts. Read the mystery for the hidden connections.

To find out more or to order a book (print or digital), click “About CJ” above. For a free e-mystery story, click Disarmed.