That’s the consensus of most observers offering insights about the state of book publishing, not to mention writing, as 2014 turns to 2015. Several common themes emerge: We’re still edgy about the Amazon-Hachette battle, and keeping an eye on the 800-pound amoeba as it morphs and divides. We’re concerned about book sales in multi formats leveling off and in some cases falling.  We’re seeing more dependence on data, a sharper focus on discoverability, and greater ingenuity and persistence in seeking new tactics, platforms, and tools.

Here for your reading pleasure is Boom-Books’s small but juicy holiday sampler of new-year predictions.

Mark Coker of Smashwords celebrates the self-publishing boom his company has enabled. This is an exciting time of democratization, of opening the long-gated book community for writers and readers alike. On the down side, “Recent years of exponential ebook growth have given way to a new normal of slower growth, greater competition and disruptive business models and power struggles.” 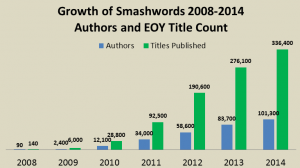 Coker offers 12 predictions, ending with:
“Success is all about best practices. . . . 1. You must write a super-awesome “wow” book that takes the reader to an emotional, satisfying extreme (this applies to fiction and non-fiction).  2.  Your books should be professionally edited and proofed  3.  A great cover image makes your book more discoverable and more desirable to your target reader. . .  4. Give your book a fair price.  5.  Release your book as a preorder . . . one of the most powerful merchandising tools today. . . .  6.  Avoid exclusivity and distribute your book widely.  7.  Write another book, rinse and repeat.”

In The Digital Reader, Nate Hoffelder suggests that wide reports of falling book sales undermine Coker’s relatively cheery advice. Should we blame the glut of self-published books? Kindle Unlimited? Regardless of cause, he sees three effects: 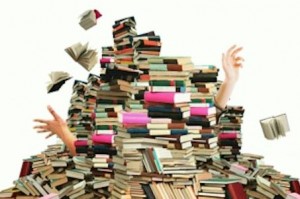 “One, the days of releasing the first title in a series as permafree have passed. All that accomplishes now is to flood the market and make it harder to sell ebooks.
Two, the idea of writing and publishing your next book as the best marketing strategy is also going to have to be reconsidered.
Three, getting in to or out of Kindle Unlimited isn’t nearly as important as some thought it was a few weeks ago. . . This problem is affecting authors both in and out of KU.”

Another factor likely to limit Amazon’s stranglehold on the book business, according to Digital Book World and others, is Apple’s bundling iBooks into its new iOS 8 operating system.

Non-U.S. commentators often are less intimidated by Amazon than Americans are, a perspective Marcello Vena shares with DBW:
“In U.S. and UK, Amazon’s leadership can’t be challenged in the short term. However, its market share is so great that growing more quickly than the market is a hard thing for Amazon, too. . . . 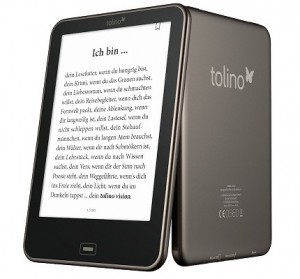 Elsewhere, though, Amazon is . . . present in only a relatively small number of countries compared with those where Apple, Google and Kobo are already established. . . . [Also] Amazon sometimes faces strong local competition . . . [e.g., as in] Germany, where the local ebook-only player, Tolino, has recently taken the lead with an astonishing 45% market share of ebook sales in the third quarter of 2014.”

On the other hand, Vena notes, the reason Amazon has become such a feared competitor is its deep-pocket innovativeness:
“Amazon itself is full of internal start-ups and experiments. As CEO Jeff Bezos says, the company invests billions of dollars in failures (and not just in the book business, of course). I would not be surprised if the next big thing is Amazon disrupting parts of itself.”

What are your reactions to these predictions? What surprises do you predict 2015 will bring to publishers and authors?