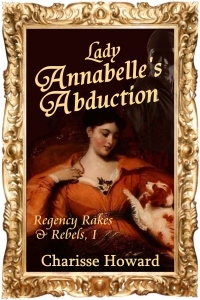 Lady Annabelle’s Abduction:
Regency Rakes & Rebels, I
In one week, Lady Annabelle Chatfield will marry the Earl of Brackenbury to save her desperate family. But oh, if her brother Stephen had to die in debt, couldn’t he have picked a younger, handsomer creditor? Annabelle soon regrets her selfish wish, when a ruthless stranger climbs into her chamber at midnight and carries her off. Thus begins a nightmare which will blossom into romance and adventure, turning Annabelle from a girl into a woman and changing her life forever.
E-book $2.99 on Amazon  (FREE with Kindle Unlimited)
Audiobook $6.95 on Amazon, iTunes, Audible (FREE with Kindle Unlimited) 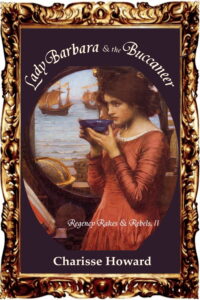 Lady Barbara & the Buccaneer:
Regency Rakes & Rebels, II
Before she leaves Louisiana for London, Lady Barbara Poole slips out with her cousin Frank to celebrate Mardi Gras with “gentleman pirate” Jean Laffite and his band. But Frank sneaks off to gamble, and Barbara finds herself alone with a masked buccaneer. Who is this charming stranger? Through a wild night of revelry he lights up her heart. When she wakes on a pirate ship wearing a wedding ring, Barbara echoes Frank’s question: Was it all a dream?
E-book $2.99 on Amazon (FREE with Kindle Unlimited)
Audiobook $6.95 on Amazon, iTunes, Audible (FREE with Kindle Unlimited) 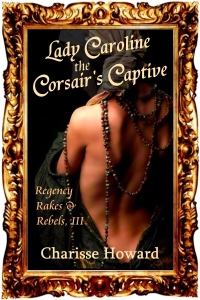 Lady Caroline, the Corsair’s Captive:
Regency Rakes & Rebels, III
When the dreaded corsair Barbarossa captures a Barbary Coast schooner bound for London, is his target the handsome young Comte de Gilordeau or his rosy English bride? In a deadly game of disguise and deceit, the newlyweds’ worst nightmare becomes their best hope: Can Lady Caroline seduce Barbarossa into offering them for ransom? or will he sell her husband into slavery and her to a pasha with a taste for blonde virgins?
E-book $2.99 on Amazon  (FREE with Kindle Unlim.)
Audiobook $14.95 on iTunes or Audible, $13.08 on Amazon (FREE with Kindle Unlimited) 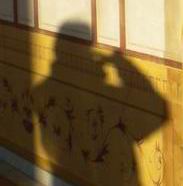 As you may have guessed from my books, I’ve been an avid romantic-suspense reader for decades, starting with Mary Stewart and Georgette Heyer. A lifelong Jane Austen fan as well, I’m fascinated by the often serene, often rowdy world of two hundred years ago. Traveling in the footsteps of my mother’s ancestors, I’ve fallen in love with many wonderful spots in England, from Brighton to London to Haworth. (Still looking forward to Bath!) As I learned more about the Regency era I was surprised to discover how widespread British influence (and conflicts) reached around the world. I became fascinated with this ambitious sea power’s forays into the Mediterranean, the Caribbean, the Gulf of Mexico, and beyond. My spicy Regency Rakes & Rebels series grew out of the real history of that adventure-filled period, in which ladies and gentlemen were liable to find their assumptions about right versus wrong —  and their very identity — tested by the rough demands of brigands and pirates.

It’s been my very good fortune to collaborate with the gifted actress Stevie Zimmerman as the narrator of this series. If you enjoy audiobooks, you’ll love these! 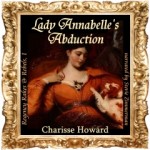 A is for Lady Annabelle’s Abduction: Regency Rakes & Rebels, I.  Some like it hot. If that’s you, don’t miss the debut romance in this scorching new series! The scenery comes from my many fond visits to the classic English countryside. Between the lanes and hedgerows, under the oaks and copper beeches, Lady Annabelle Chatfield cuddles with her spaniel, Lochinvar, and flirts with Chatfield Hall’s new footman.  Only a week until her marriage to the Earl of Brackenbury! Personally, I’ve never had a fling with either an earl or a footman, but as a lifelong animal lover I grabbed the chance to include a dog as a main character in this heart-stopping Regency romance. And, of course, there are horses. 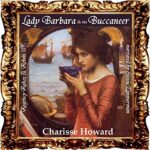 B is for Lady Barbara & the Buccaneer: Regency Rakes & Rebels, II.  What’s steamier than New Orleans, spicier than gumbo, and as wild as Mardi Gras? I love the Louisiana bayous and was amazed to learn what a colorful role the islands of Barataria Bay played in the post-revolution squabbles between the U.S., Great Britain, France, and Spain over land and trade. In this Regency historical romance, Lady Barbara Poole, exiled from London to the tiny fishing community of Grand Isle, joins her cousin Frank for a pirates’ Carnival. The Americans banned Mardi Gras when they bought the Louisiana Territory from France in 1803 (Napoleon needed money to invade Britain). Now only Jean Laffite and his band dare to celebrate. Swept into an all-night revel by the Black Buccaneer, Barbara wakes with a full heart, an empty bed, and a mystery she’ll have to cross an ocean to solve. 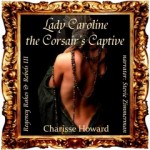 C is for Lady Caroline, the Corsair’s Captive: Regency Rakes & Rebels, III.  Those officers who kept marching in and out of Jane Austen’s novels were part of a worldwide war. Napoleon, having flipped off the French Revolution by making himself Emperor, set out to conquer the rest of Europe. Across the Mediterranean, in the Maghreb region of North Africa, the rulers of ports like Tunis, Algiers, and Tripoli already were turning a blind eye to the Barbary Coast corsairs in return for bribes. France had recklessly stiffed the dey of Algiers years earlier on a bill for feeding its soldiers. I couldn’t help wondering: What if Napoleon grabbed the chance to settle that account and bolster his Mediterranean forces? Wouldn’t the corsairs once again become warriors in Europe’s proxy battle? That’s the mess which ensnares Lady Caroline Grantby when she’s traveling in the Maghreb with her parents and impulsively marries Jerome Sarratt. What she doesn’t realize is that this son of her father’s old British Army friend is also the Comte de Gilordeau, and a prime target for both sides. No sooner do the newlyweds embark for London than they’re captured by the fiercest of the Barbary Coast corsairs: Barbarossa. It’s up to Caroline to save herself and Jerome; and she only has one very risky shot.

This site uses Akismet to reduce spam. Learn how your comment data is processed.