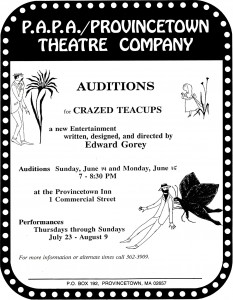 Witches’ hats off to Provincetown Magazine writer Steve Desroches for adding Edward Gorey to the familiar Ptown playwrights’ pantheon. If they celebrate Halloween in Heaven, no doubt Eugene O’Neill, Susan Glaspell, Tennessee Williams, et al. have already given him a warm welcome. (I hope they’re enjoying a fabulous ghost meal at the late Gallerani’s, once our favorite post-play dining spot — the Sardi’s of Ptown?) Here below, grab a copy of today’s issue — on paper if you’re on the Outer Cape, otherwise right here on your screen — for The ABCs of Edward Gorey in Provincetown.

But wait, there’s more! The Provincetown Theatre Company’s online archive has some wonderful souvenirs of Edward Gorey’s productions there, as does the New York Public Library. And if you’re really curious about the theatrical side of that most theatrical of artists, you’ll find full details in my book Edward Gorey On Stage: Playwright, Director, Designer, Performer: a Multimedia Memoir. 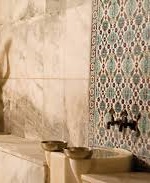 I fell in love with Turkey–especially Istanbul–more than twenty years ago. A friend discovered a travel agency that would book our trip and then get out of our way. We stayed at a tiny, recently refurbished hotel between Hagia Sophia and the Blue Mosque; we walked everywhere. Each day started in the top-floor dining room overlooking the sea, and ended in a basement hammam with tiled walls, brass spigots, and a heated marble table to sluice off the day’s grime. I spent my birthday sailing up the Bosphorus to step for the first time into Asia. 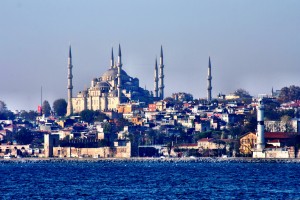 This was long before the U.S. had heard of Recep Tayip Erdogan or Osama bin Laden. As we roamed fearlessly from mosques to restaurants to the Grand Bazaar, we were often asked (in halting English) where we came from and what we did in America. My friend was a nurse; everyone understood that. I was a writer; no one understood that, until I added, “Like Yashar Kemal.” Ah! Yashar Kemal! Yes! Wonderful!

What author’s name would be so widely recognized and hailed back home?

“Some books are so famous they need no introduction,” observed The Guardian. “But have you ever read Yashar Kemal? His first novel, Memed, My Hawk (NYRB Classics), set in the south-east of Turkey and about a young man at war with feudal authority, was published in the 1950s and brought him international fame. It is still greatly loved in Turkey, and with good reason.”

Yashar Kemal is the pen name chosen by Kemal Sadık Gökçeli after a series of clashes with (and imprisonments by) the Turkish authorities. I discovered his shorter pieces first, and was staggered by the brutal “A Dirty Story,” which I included in Ourselves Among Others, my international anthology for U.S. college students. Not until much later did I read (and love) Memed, My Hawk, which tempers the harshness of peasant life in Anatolia with rebellious cheer and compassion. Yashar Kemal lived into his 90s; I hope that when he died earlier this year, the appreciation he had won at home and worldwide outweighed his concerns about his government’s political backsliding.

Foreign literature–even Turkish literature–is no longer so hard to find in English. Many American readers are familiar with Orhan Pamuk, who in 2006 received the Nobel Prize which many (including Pamuk) believed Kemal should have won decades ago. The Culture Trip’s list of Ten Best Contemporary Turkish Writers notes: “Turkey has produced some of the most esteemed writers of the twentieth century, with literature varying from politically entrenched revolutionizing poetry, to fictional novels highlighting the exotic mysteries of Turkish country and culture.” Their list even includes a woman: Elif Shafak, born in 1971, is the author not only of several successful books but a TED talk, The Politics of Fiction.

The three of them were sitting on the damp earth, their backs against the dung-daubed brush wall and their knees drawn up to their chests, when another man walked up and crouched beside them.
“Have you heard?” said one of them excitedly. “Broken-Nose Jabbar’s done it again! You know Jabbar, the fellow who brings all those women from the mountain villages and sells them in the plains? . . . The lads of Misdik have got together and bought one of them on the spot, and now they’re having fun and making her dance and all that . . .”
“He’s still got the other one,” said the newcomer, “and he’s ready to give her away for a hundred liras.”
“He’ll find a customer soon enough,” put in another man whose head was hunched between his shoulders. “A good woman’s worth more than a team of oxen, at least in the Chukurova plain she is. You can always put her to the plow and, come summer, she’ll bind and carry the sheaves, hoe, do anything. What’s a hundred liras? Why, a woman brings in that much in one single summer. In the fields, at home, in bed. There’s nothing like a woman. What’s a hundred liras?”

From Elif Shafak’s The Bastard of Istanbul (2008):

As Zeliha rushed by, the street vendors selling umbrellas and raincoats and plastic scarves in glowing colors eyed her in amusement. She managed to ignore their gaze, just as she managed to ignore the gaze of all the men who stared at her body with hunger. The vendors looked disapprovingly at her shiny nose ring too, as if therein lay a clue as to her deviance from modesty, and therefore the sign of her lustfulness. . . . Be it the harassment of men or the reproach of other women . . . there was no power on earth that could prevent Zeliha, who was taller than most women in this city, from donning miniskirts of glaring colors, tight-fitting blouses that displayed her ample breasts, satiny nylon stockings, and yes, those towering high heels.

October in San Francisco just might be more action-packed than any other month. Summer’s throngs of tourists have gone, along with summer’s chilly fog. Time to enjoy a moveable feast of music, literature, tall ships, parades, aerial stunts, films, brides, chickens (?), and–as always–plenty of fine food and wine.

Kicking off the fall festivities was the 15th annual Hardly Strictly Bluegrass Festival. For a whole glorious weekend, free live music and happy listeners filled Golden Gate Park. Thanks to the Festival’s late founder and benefactor, banjo-playing investment banker Warren Hellman (and his generous family), almost 100 bands from bluegrass to soul to post-punk brought back the spirit of the 60s on a record six stages.

No tobacco smoking was allowed, but the traditional aroma of weed and wine, sun-drenched grass and eucalyptus trees, pizza and samosas wafted over techies, hoboes, long-skirted women, bandana-decked dogs, and naked toddlers. If you missed the Festival, you missed that iconic American ambience. You can still hear some of the music, though, which was live-streamed by Moonalice / Doobie Decimal System and is now in the archive.

Next: Fleet Week, now through Sunday, October 11. Click here for details about the Parade of Ships and fabulous Air Show, starting at 11 AM daily from Friday through Sunday. And don’t miss the spectacular Italian Heritage Parade, which will fill North Beach from 12:30 till midafternoon on Sunday as it trundles from Fisherman’s Wharf to Washington Square Park.

Also starting this week is San Francisco’s annual Litquake. For most of October, this feast of readings, lunches, panel discussions, parties, and the legendary Lit Crawl will shake, rattle, & roll through bars, libraries, theaters, bookstores, hotels, and every other venue you can think of.

From Boom-Books author Charisse Howard:
Can’t wait for that parade! Meanwhile, looking in the window of a bridal shop always tickles my romance-writer’s heart. Half of me is a 17-year old dreaming of the pinnacle of joy that is every girl’s wedding. The other half is pressing her nose against the glass like a hungry 10-year-old outside a bakery. 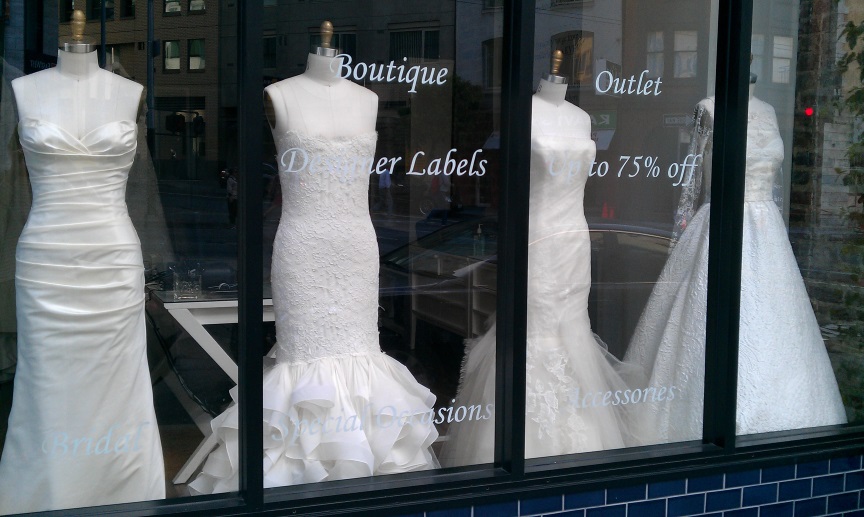 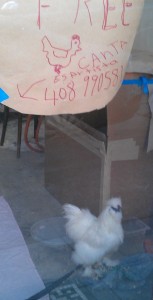 From Boom-Books author CJ Verburg:
If your budget doesn’t extend to $75 for lunch with author Paul Theroux, and your eardrums can’t handle the Blue Angels roaring over San Francisco Bay, here’s a unique alternative. As white and fluffy as a bride, or a wedding cake in a bakery window, is this cute little rooster. He’s waiting at 13-15 Columbus Ave. (a block from the Transamerica Pyramid) for some kind rescuer to give him a new home. Haven’t you secretly been yearning for an unusual new pet? and/or alarm clock? Stop by and adopt this fine feathered fellow for free, or phone 408-990-5981. Complete with leash.