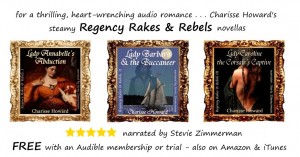 Checking reviews on Goodreads, we discovered that Playback has inspired Chandler fans to literary tours de force which are less comments on the book than nanovellas in their own right. Here are two: 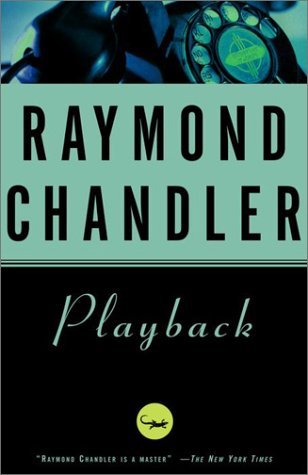 I looked at her legs. It was only 10 in the morning but she had legs to look at. She had brought them into my office with her. Her legs looked at me but I never found out what they thought. She balanced all of next year’s expense account on her little finger and blew smoke over it. She was wearing the kind of perfume you could invade countries for. The rest of her was what your imagination wasn’t any use for any more. I’d had a tough night that day so I only looked in her right eye. She offered me a cigarette. She offered me a drink. She offered me the Pacific Ocean. She offered me ten different futures, in all of which I ended up at the bottom of a lift shaft with both feet at the wrong angle and no health insurance. I looked at her legs. They were probably a metaphor but I never read French novels. There was a guy in the sedan behind us. I turned right then right again on Ventura. Now he was only three cars back. Her legs looked at me. I unhooked her clothing. “You have to help me, Marlowe,” she said. She said, “You’re speeding, Marlowe, this is a residential zone and there’s a school somewhere round here.” Then she was naked and I poured all over her like moonlight. The sedan in the mirror was as subtle as a Nazi at a christening. I took a right then another right. He took a left and I was down on the floor, my jaw felt like Carnegie Hall after the 1812 Overture. He looked a lot taller from down there. But at least I could look at her legs without interruption. I was happy about that then all the lights went out.

Apr 05, 2014 Ian “Marvin” Graye rated it really liked it
“A Little Quiet Fun At My Own Expense”The waiter set a glass down on the table in front of me. It was my sixth drink in an hour. I couldn’t even remember ordering it. I drank it. It seemed like the right thing to do. The waiter watched me put down the empty glass. “Another shot?” he asked. I nodded. “You’ll have to pay for this one.” I looked around the room in search of my benefactor. I saw her first, sitting alone at a nearby table, then I saw her legs. They didn’t look like any legs I had seen before. Then they moved. She could see I was watching them. She crossed her legs, and I hoped to die, but not straight away. She reached into her handbag and withdrew a packet of cigarettes. She flipped it open and put one in her mouth. Her lips glistened the whole time. Then she fumbled around in her bag for a lighter. She returned the bag to the chair beside her, empty-handed. She looked at me. I shrugged. I had given up smoking since my last novel, only I hadn’t told my author. There was much I hadn’t confided in him. The time had come to make some changes in my life. I didn’t move. I watched her mind working. It’s not as easy as it sounds. I wasn’t sure whether she was my type. “Well…” She paused. She was improvising. It wasn’t something she was normally expected to do. My author usually made our decisions for us. “If you won’t light my cigarette, will you at least kiss me?” I ambled over to her table and sat down. But first she had another request:“Stop looking at my legs.” I did as I was told. I was hoping the effort would be rewarded. She returned her cigarette to the pack and put it back in her bag. I looked into her eyes. I could see nothing unless you want to count lust, or was that just a projection on my part? I wondered what she saw in my eyes. The same? I moved closer to her, and had another look. I clasped my hands around her face. Then I pulled her closer and kissed her. She licked her lips, inquisitively. “Christian Dior?” She asked. “Of course,” I replied. Her lips embarked on the most direct path towards mine. “Kiss me harder.” I did. She slipped her hand inside my blouse and squeezed my breast. Maybe I could like her after all.