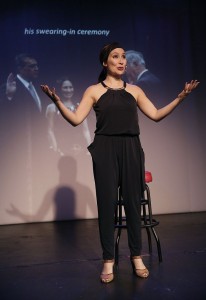 When her new American husband proposed to run for sheriff, Venezuelan actress Eliana Lopez inquired about his horse and gun. That’s just one of the many crossed communication wires Lopez weaves into a deadly net in her one-woman play Cual Es El Escandalo?–a net that (as she sees it) choked and nearly killed her marriage to then-Supervisor Ross Mirkarimi, along with his career.

If you follow San Francisco news, you’ll recall the media’s side of the story back in 2012. Newly elected sheriff exposed as domestic abuser by neighbor’s video of his tearful wife showing off a bruised arm. Mirkarimi jailed; pleads guilty to misdemeanor; over his wife’s protests, barred by court order from seeing her or his son. Suspended without pay by Mayor Ed Lee. Outcry of outrage from foes of domestic violence and/or Mirkarimi leads to recall attempt, which fails, partly for lack of evidence or support from the alleged victim, who flees (briefly) to her native Venezuela. Board of Supervisors–skeptical that a bruised arm amounts to “official misconduct,” and noting it predated Mirkarimi’s becoming sheriff–overrides Lee’s suspension. 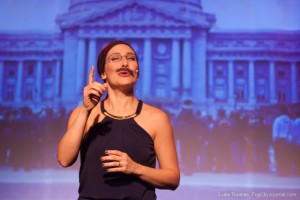 (presumably to duck legal issues), but she makes it clear that this is her long-awaited chance to tell her side of the story. Her depiction of the mayor, “Mr. Lie,” is a scathing portrait of complacent corruption. Setting political judgments aside, Lopez’s own confusion and frustration as a bride in a strange city whose language she didn’t speak are convincing and moving. Her nightmare encounter with San Francisco’s justice system is all too plausible. So is the media’s response when she tries to correct what she saw as a mud-slinging campaign: “We want to talk about you, not with you.”

Lopez performs Cual Es El Escandalo? roughly 35% in English and 65% in Spanish, both subtitled. The piece–cowritten and directed by her brother Alfonso, and presented at the Mission Cultural Center for Latino Arts–runs a bit over an hour. I was glad the momentum of events I only partly recalled (and only had heard about third-hand) wasn’t interrupted by an intermission. I did wish I’d seen Escandalo before its final performance; I’d have liked to recommend it to local theater fans as well as voters. 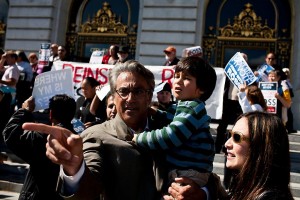 One may question the timing of this production, just a few months before Ross Mirkarimi runs for re-election. Personally, I’m grateful for a first-person account of that soap-operatic scandal, which (as “Mr. Lie” promised) threatened to taint the sheriff’s reputation, his political future, and his family, then and now. As San Francisco voters face a rerun of the whole messy, colorful drama, why not let the central participant have an overdue voice? 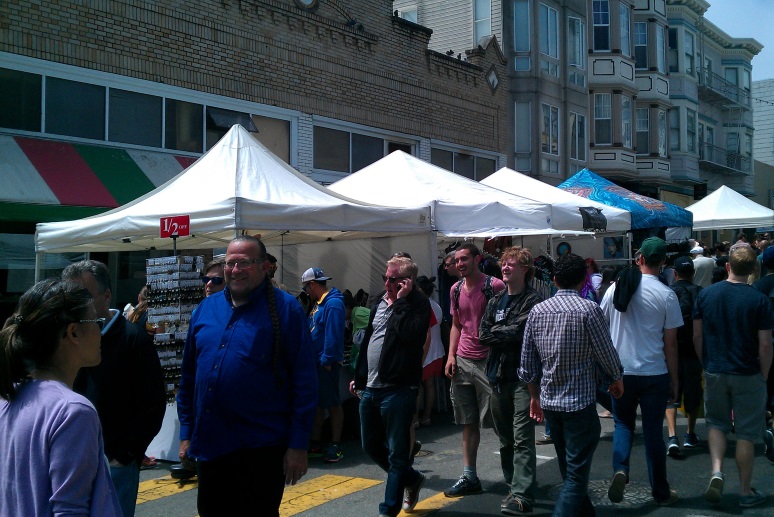 I live in a festival-prone neighborhood. Every few weeks, you walk out the door and there they are: the festive white tents, metal railings, and rows of porta-potties that mean Party Time.

North Beach is San Francisco’s Italian district, and along with Chinatown its densest residential area. The neighborhood’s cafes, architecture, parks, and people make it a sweet place to live, and also a hot tourist destination. From its hillsides (Telegraph, Russian, and Nob) you can feast on landmarks: the Transamerica Pyramid, Lombard Street, Coit Tower, Fishermen’s Wharf, the Golden Gate Bridge. In its restaurants you can feast on Italian food, or your choice of Greek, Thai, Indian, Japanese, Mexican, French, Istrian, or traditional American. 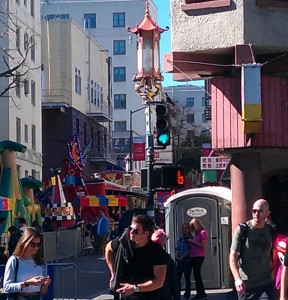 Survival is as precarious in North Beach for a restaurant or boutique as for a resident. Rents are astronomical and rising; turnover is high. If you’re not outstanding, you’re out. Festivals draw crowds of recreation-seekers, many of whom are happy to pick up a few souvenirs and then kick back in one of the local eateries or drinkeries.

With chain stores banned from North Beach, every shop or restaurant is distinctive. Every festival, however, is the same. February’s annual Chinese New Year celebration was bordered with dragon-twined street lamps and hung with lanterns, but almost identical in contents and shape to today’s annual North Beach Festival.  Columbus and Grant avenues are blocked off to car traffic from Broadway to Union Street, filled down the middle with food tents, boutique tents, and entertainment tents. Since North Beach is also the Home of the Beats, I passed one tent featuring a soi-disant poet declaiming amplified cliches about sex, and one sign in an art gallery advertising a service I didn’t see offered for Chinese New Year. 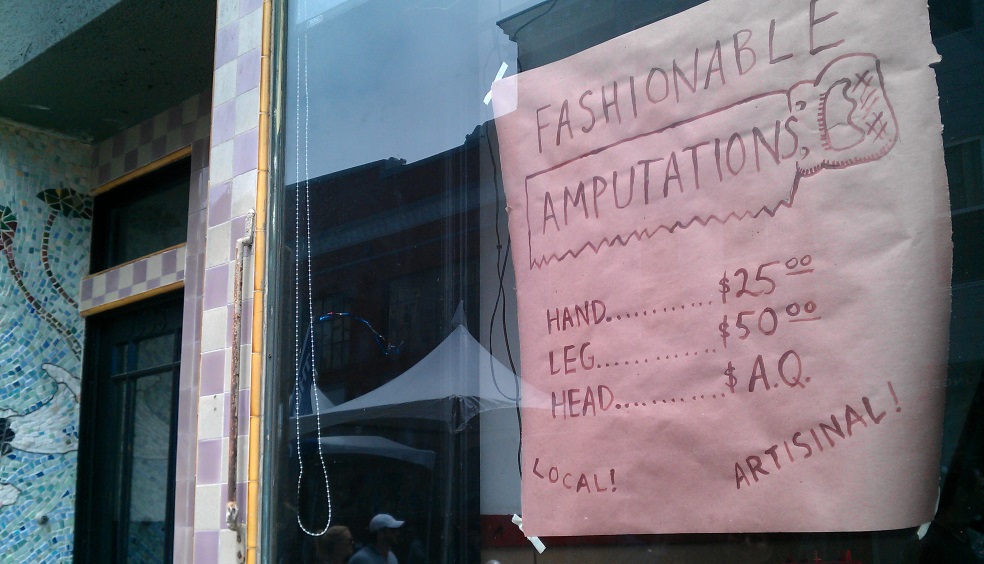 While fog and wind continue to blast the streets, indoors the crops are thriving on graywater and afternoon sun. 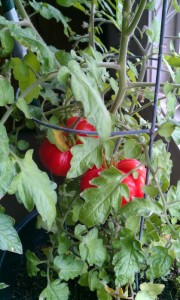 This was harvest week for the first two bedroom tomatoes (Marmande, from Flat Earth Farm). The Brown Turkish fig tree (Sloat Garden Center) in the living room, whose foliage has flourished since a winter pruning, finally shifted some of that magical botanical energy into fruit.

Figs thrill me. As somebody who grew up thinking of figs as the seedy tasteless paste inside fig newtons, I was staggered to learn that a fig plucked off a tree is as surprising and wonderful as a kumquat. (My fifteen-year-old Chinatown kumquat tree, banished to the outdoors, remains sadly barren.) Even the way a fig tree makes figs is miraculous. They start as a tiny bump at a leaf node. Over weeks, each one will grow to the size of a small chicken’s egg, until it ripens and softens into a green-brown package of pink deliciousness. 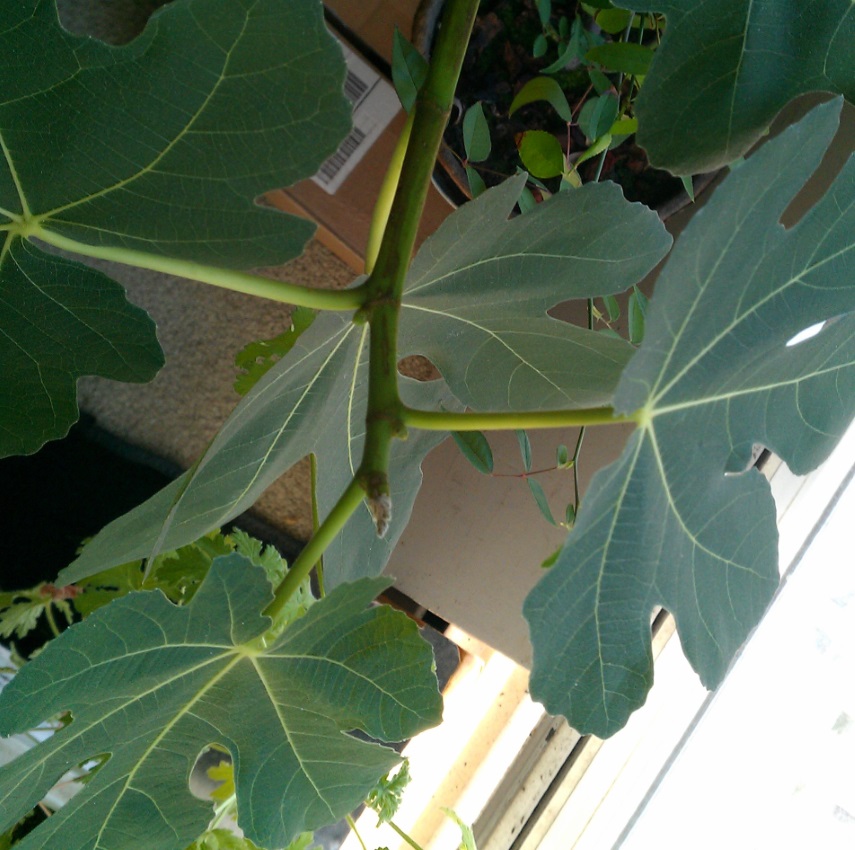 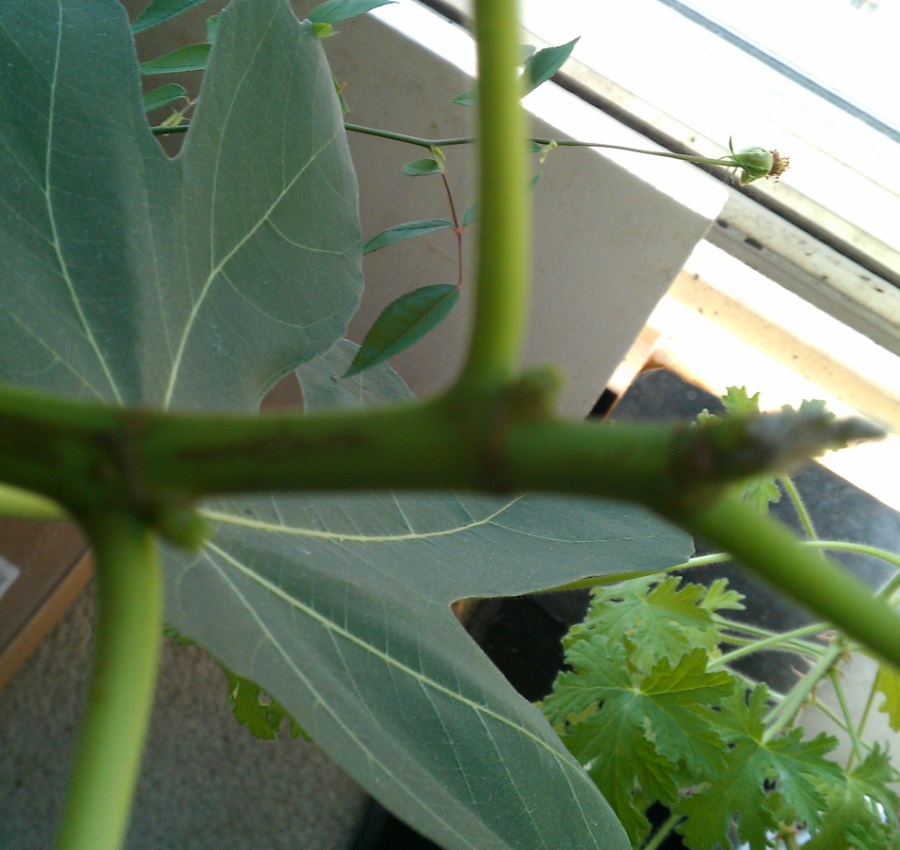 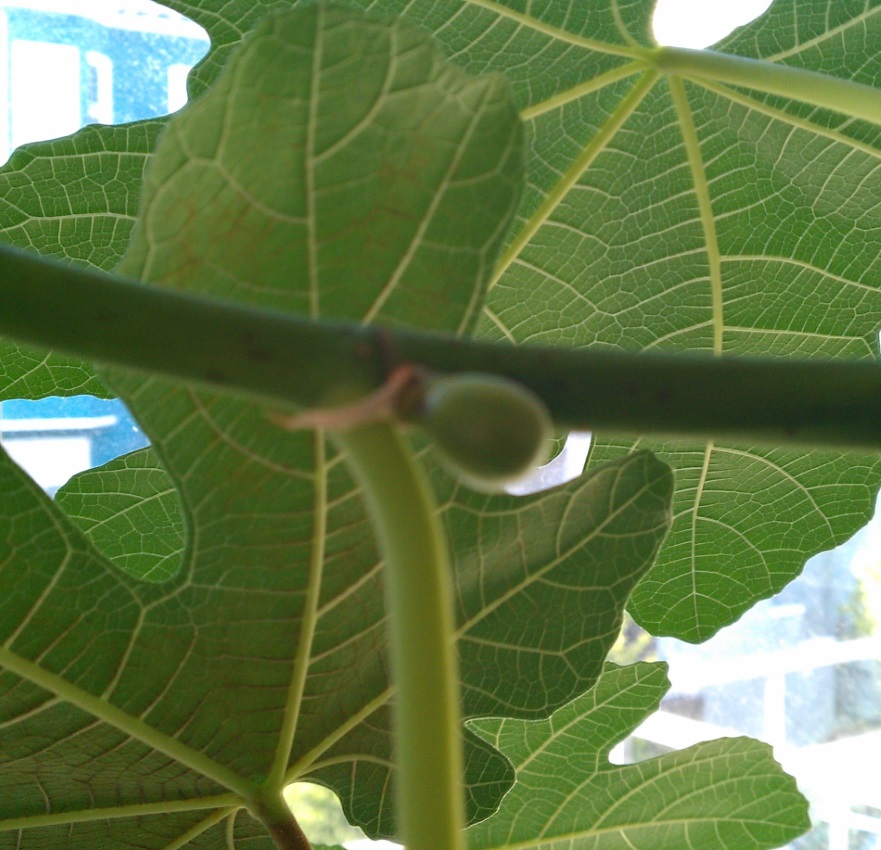 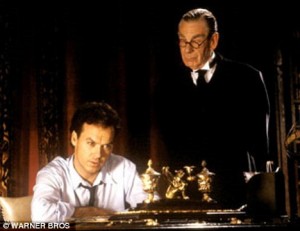 A new crossover between human and robot made its PBS NewsHour debut last week. In “Dirty Laundry? Batman’s Butler to the Rescue,” Paul Solman introduced us to Alfred. Combining the virtues of Apple’s Siri and Downton Abbey’s Mr. Bates, Alfred is named for the butler who looks after Bruce Wayne (AKA Batman) in comic books and on film. The latest Alfred is pitched as more democratic than traditional butlers: available to any busy professional out there who’d love to unload those pesky domestic chores like picking up the dry cleaning and filling up the fridge.

“One fateful night after a long, demanding day at work, [Alfred co-founders Marcela Sapone and Jess Beck] ran into each other in the laundry room of their apartment building. The overwhelming sentiment? Frustration. Leisure time shouldn’t be a luxury; it should be a right and a reward for working as hard as both of these women did (and still do!) A pact was made: No longer would they let mundane chores control their lives.

“The year was 2013 and the idea for Alfred was born. Since then, Marcela and Jess have worked tirelessly to create the first ever non-intrusive, recurring, in-home service that virtually everyone can use. With Alfred, these innovative women have ensured they personally will always come home happy – and they want the same for you.”

By this point in the presentation, bells were ringing for me. Even now I can vividly recall, as a busy young professional 40 years ago, telling my colleagues: “I need a wife!” 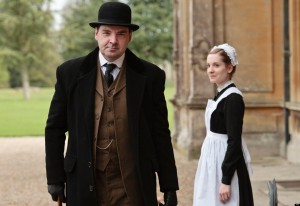 Anyone who’s watched Downton Abbey (which may not include professionals too busy to buy their own groceries) knows that the role on the human stage described by Marcela and Jess isn’t “butler.” Butlers don’t wash your socks, feed your cat, and refill your fridge. It’s a role TV fans recognizes less from Alfred than from Donna Reed, June Cleaver, and the other female stars of the 1950s. Tireless domestic P.A.? Resourceful problem solver? Cheerful all-purpose paragon? That’s a wife. 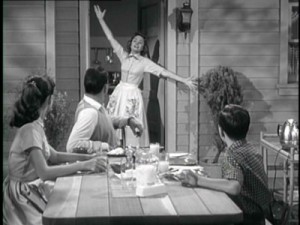 “Man labors from sun to sun,” the saying went, “but women’s work is never done.”

In those days, gender was the dividing line between those who saw leisure time as their “right and reward for working hard” and felt entitled to “come home happy,” and those whose job it was to make those wishes come true. In our time, as more and more working women expect the same perks as their male colleagues, the dividing line has changed.

Who can hire Alfred? You can, whoever you are, as long as you live in New York or Boston and are able and willing to pay $99 per month for a once-a-week visit. If you live somewhere else, don’t despair — an a la carte version called Hello Alfred is on its way nationwide. According to TechCrunch: 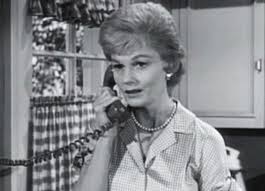 “The company thinks of it as a remote for your home. Text Hello Alfred to get groceries at the last minute, or have laundry picked up before a big trip. For folks outside of Boston and New York, it will function as a single way to handle maintenance of the home . . . The idea behind Hello Alfred is that Alfred, as a brand focused on trust in the home, can be the portal for all of your on-demand needs. So rather than placing on-demand orders on a handful of different apps, you can text Hello to 917-382-8028 to get access to Alfred’s web app, wherein you can place special requests in a single place for Alfred to take care of in the back-end.”

Who is Alfred? A scrupulously vetted employee who’s willing to play the role of semi-invisible wife for several dozen people a day. That’s how many “husbands” it takes to support both the company and its myrmidons. The particular myrmidon interviewed by Paul Solman is a pretty young woman who moved to New York from Scandinavia, wants to get to know the city, is OK with getting her daily exercise hauling other people’s groceries and laundry up multiple flights of stairs, and, yes, would rather be using her education and training in psychiatry, but what can you do when there are so few good jobs and such a chasm between the overworked young professionals and the rest of us? 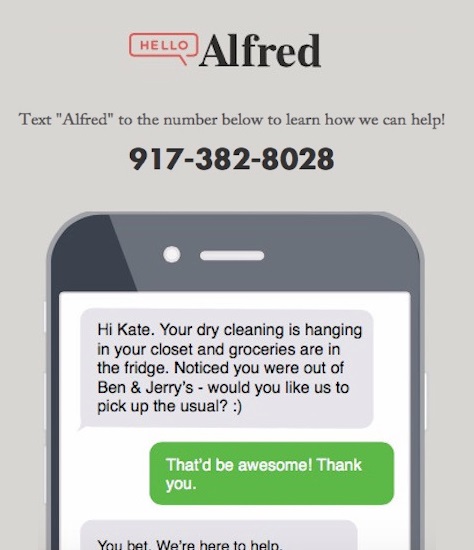 What do you think? Is Alfred an inspired (& overdue) solution to the down side of gender equality? i.e., a culture in which everybody’s expected to do everything? Is it a step toward a new feudalism?–a 21st-century Downton Abbey, starkly divided between haves and have-nots, masters and servants? Or is Alfred just one more hopeful startup offering a shortcut between people who need services and people or businesses who can provide them, like TaskRabbit, Fivrrr, Uber, and AmazonFresh?

Would you hire Alfred?

Would you apply to be an Alfred?