Amazon’s tanks rolled across a new literary border two months ago in the form of Kindle Scout. Here’s part of the launch announcement from the KS website:
“Kindle Scout is reader-powered publishing for new, never-before-published books . . . where readers help decide if a book gets published. Selected books will be published by Kindle Press and receive 5-year renewable terms, a $1,500 advance, 50% eBook royalty rate . . . and featured Amazon marketing.”

How it works: the author of a finished e-book in the romance, sci-fi/fantasy, or mystery/thriller/suspense genre posts it on the KS site. For one month, KS displays the cover, a 50-words-or-less headline, and an elevator pitch–all supplied by the author–along with a read more link which readers (“scouts”) can click for a 5,000-word excerpt. If a scout is impressed by this preview, s/he can click “Nominate Me.” Each scout can shelve three nominees at a time. When one of those ends its month, or if the scout finds another book s/he likes better, that nominee drops off the shelf. KS’s editors review the votes and the books and choose the best ones–which need not be the top vote-getters–for publication.

The first round of 13 winners appeared on the Kindle Scout website this week: Six in mystery/thriller, six in sci-fi/fantasy, and two in romance (one doubling in mystery).

As a mystery writer and a former Big 5 editor and author, I’ve been watching Kindle Scout with interest. Of the four books I’ve nominated, all in the mystery/thriller/suspense category, three made the cut. (Yippee! Three free e-books!) The three winners I didn’t vote for are not to my taste: paranormal, horror, and a child-abuse thriller. TWELVE OF THE THIRTEEN winners–all but the non-mystery romance–have male authors.

As of today, Dec. 12, Kindle Scout contenders comprise 40 mystery/suspense/thrillers, 35 romances, and 29 sci-fi/fantasies. Male authors and violent themes predominate; even in the romance category, a quarter to a third of the authors appear to be male, and there’s a lot of overlap with mystery and paranormal. Do those numbers mean that more men than women so far are willing to try KS, or more men had a finished unpublished book ready to go, or . . .??? One thing it suggests to me is that Kindle Scout is a thus-far-overlooked option for female genre-fiction writers. 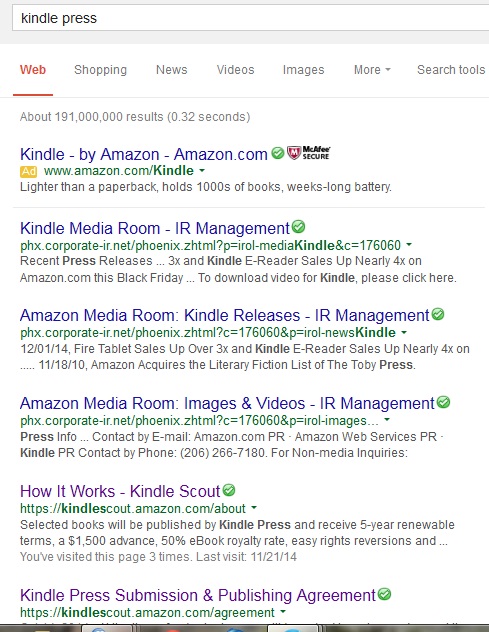 Who are the scouts? Anybody. Men, women, children, bots, Amazon (or Apple) staff; who knows? Who are the Kindle Press editors? No clue. What does “featured Amazon marketing” mean for the winning offers? Nary a hint. Try a Google search and you’ll find that Kindle Press itself currently falls in the sci-fi/fantasy category.

Other caveats? The big ones are cogently summarized by a comment on Digital Book World’s Oct. 14 e-announcement of Kindle Scout’s launch:

Let’s be clear that this 50% royalty is from net. so actually a less than 35% royalty from list price, or half what an author will get going it alone with KDP.

The $1,500 advance is pretty feeble to start with, and requires the author to supply the completed, edited, proofed and formatted file and cover, all at the author’s own cost.

The promise of \featured Amazon marketing\ means sweet FA on its own. Just a lure to unwary indies thinking they’ll get the same red carpet treatment the Amazon imprints get. Which begs the question why,if Amazon is seriously interested in these titles and will push them properly, they are being kept quite separate from the Amazon imprints. 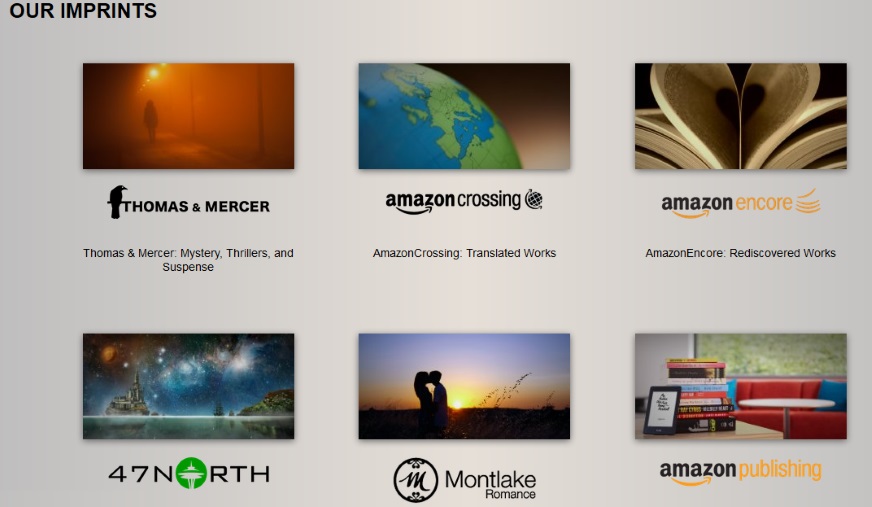 . . . Amazon know as well as anyone that indies looking to game the system will get all their e-friends to vote up their books, so safe to say the crowdsourcing element is just for show. What Amazon will do is pick titles that look promising, or from indies with a track record – especially on other retailers – and pay out $1,500 to ensure these titles are exclusive with Amazon and not on other retailers for the next five years.

. . . Selling at $4.99 Amazon will need to sell just 462 copies to make back the advance it paid out. The author will have to sell 1,200 to pay back the advance before they see another cent.

Ebook Bargains . . . point out a point I’d failed to notice. Authors end up paying back that $1500 advance with their first income. Even if modestly successful, authors may find themselves waiting a year or more after publication before they earn a penny.

To that I would counter that for many indie authors, selling 1200 copies in a year is a big enough uptick to be worth halving the potential royalty per book. Strong sales of one book are (A) likely to boost sales of other titles, and (B) preferable to the freebie alternative. Also, since the author retains print rights, s/he can recoup some of that so-called loss by issuing the book in paperback. Amazon does offer a (fairly lame) bail-out clause for the disappointed: “If you do not earn at least $25,000 during any 5-year term, you’ll have six months after the end of that 5-year period in which you can choose to stop publishing with us and request your rights back.” 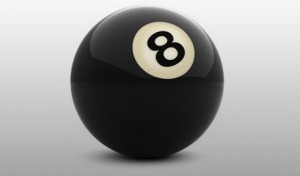 On the other hand, Amazon’s long and sometimes ambiguous contract includes some fine-print clauses an author may later regret, such as this one:
“You acknowledge that we have no obligation to publish, market, distribute or offer for sale your Work, or continue publishing, marketing, distributing or selling your Work after we have started doing so. We may stop publishing your Work and cease further exploitation of the rights granted in this Agreement at any time in our sole discretion without notice to you.”

Conclusions? I’m tentatively planning to submit my next genre-series book to Kindle Scout, in the hope it will (1) win, bringing great fanfare and skyrocketing sales, and (2) publicize my other books, which have great reviews but low visibility. I figure, they’re only asking for 50,000+ words, not exactly The Goldfinch or War and Peace, and if they don’t accept this one, no loss.  Before I try it, though, I’m waiting for Kindle Press to go tangible and show my winning nominees some of that “featured Amazon marketing.”

What do you think? Have you tried Kindle Scout, or do you intend to? Why or why not? 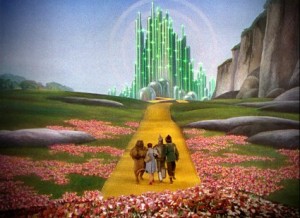 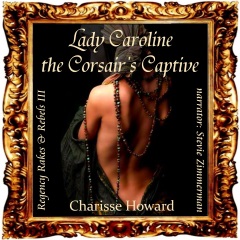 Traveling with her parents in North Africa, Lady Caroline Grantby is literally swept off her feet by the dashing Comte de Gilordeau. But on their way home to London and happily-ever-after, the newlyweds’ ship is attacked by Barbary corsairs. The twists and turns that follow will force Caroline to confront terrors beyond her imagination, and uncover a strength and a passion she never knew was inside her.

★★★★★  “A beautiful story! I loved loved it! The characters, the plot, even the ending was awesome!” — NRB, Smashwords

Will your holiday travels be this exciting?

Make sure they are! Click here to find the brand-new 3.5-hour audiobook or the e-book on Amazon, iTunes, & Audible (free for Amazon Prime, Kindle Unlimited, or Audible members).

What fun would winter be without a fireplace, some Baroque brass and choral music, and a good mystery to curl up with on these long dark nights?

On Saturday, Dec. 6, lift a glass, a cookie, and a hot new crime fiction novel with a bookshop full of Northern California authors. It’s Sisters in Crime and Mystery Writers of America’s joint holiday party, free and open to the public, 2-4 PM at Borderlands Books, 866 Valencia (near 20th St).

On Sunday, Dec. 7, find out more about Handel’s Messiah at a free listening lecture by Dr. Carl Blake, 1-2:30 PM at The Church for the Fellowship of All Peoples, 2041 Larkin St. (near Broadway). A reception will follow in this beautiful 1906 landmark Russian Hill building. 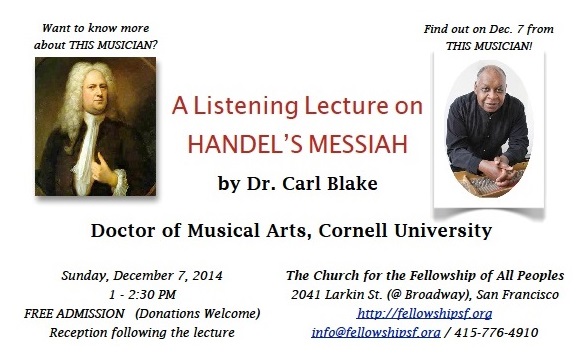