Not very sexy, i 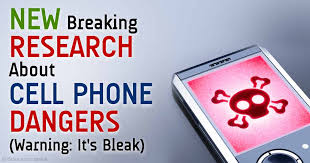 s it? “The US National Toxicology Program Carcinogenesis Studies of Cell Phone Radiofrequency Radiation” — the name alone could put you to sleep. But the reality behind it is an urgent wake-up call. It’s already woken AT&T, Verizon, T-Mobile, & the other communications corporations that have staked billions of dollars on our addiction to staying connected.

What the preliminary results that were released a month ago tell us is (surprise!) there’s truth in the rumor that heavy exposure to cellphone radiation can cause cancer. 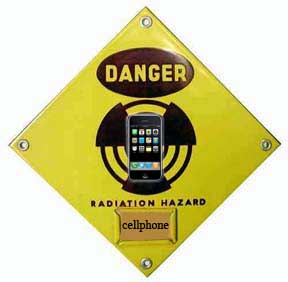 Skipping over what this says about the need to change our habits, what does it mean to the companies who provide our service? Well, for one thing: ACT FAST! Put up as many cellular/wireless antennas and panels as possible before the regulations tighten.

Here in California, an ambitious assembly member by the name of Mike Gatto is rushing through legislation to free cellular/wireless facilities from even the few regulations that already exist. We’ve received urgent warnings about this from both sides of San Francisco’s political spectrum.

PLEASE DO EVERYTHING YOU CAN TO  STOP AB 2788 from passing! 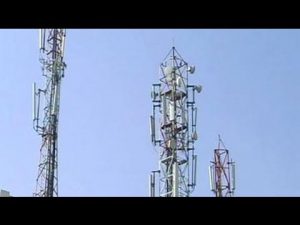 That means: Call, email, and/or write to your representatives in Sacramento by June 20 opposing AB 2788. If this bill passes, your neighborhood could soon look like this, because neither you as a citizen nor your local government would have any say about it.

Here are details about AB 2788, reprinted from an e-mail just received:

I think the NTP [National Toxicology Program; see above] research is driving this legislative rush before CalEPA lists RF as a carcinogen, as Ken Foster of IEEE expects to happen. One important action everyone should take is to write CalEPA and Calif. Dept. of Public Health to request this now; cc to Gatto’s office when you do that.

Gatto is also the author of the Abolish CPUC constitutional amendment which will also be heard at the hearing.  As bad and corrupt as the CPUC, this constitutional amendment by this bought and paid for legislator, despite his high-sounding rhetoric in the text, is simply staging a give-away for utilities.  Instead of one-place regulation for all utilities, his amendment squirrels the oversight away into different rabbit holes of captured agencies in the state, with far less visibility. This is bad, bad, bad.