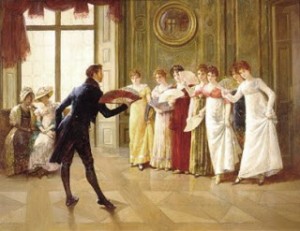 Why are so many readers so fascinated by that small window known as the Regency which opened in English society two centuries ago?

As the author of Boom-Books’ new alphabetical “Regency Rakes & Rebels” series, I get this question a lot.  And it intrigues me, because for most of my life I thought I was the only Jane Austen fanatic out there.  (Well, almost the only one.  My friend Terry was hooked, too.)

What is the Regency, anyhow? 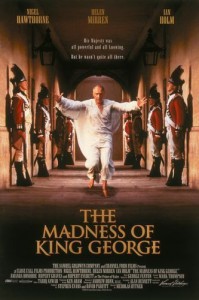 It’s the nine years when King George III of England lost enough of his wits that his son, the Prince of Wales, had to stand in for him.  Yes, that’s the George III we learned about in history class, who taxed his American colonies without representation and lost them in the Revolutionary War.  His 48-year-old son (also named George) took the reins as Regent in 1811.  His father made him King George IV by dying in 1820.  The Prince Regent was a rich spoiled carouser, neither loved by his people while he lived nor mourned when he died.  He’s best known for giving a title to the short, distinctive span between the Georgian and Victorian periods (he was succeeded briefly by his brother, and for much longer by his niece Victoria).

What intrigues me is that here’s an era which is defined, from where we stand, by two of the most opposite Brits imaginable: George, the fat, selfish, small-minded, big-partying Prince Regent; and Jane Austen, the modest, brilliant, large-hearted (albeit snarky) stay-at-home writer.

Another paradox:  While Austen was dissecting the complicated process of entanglement 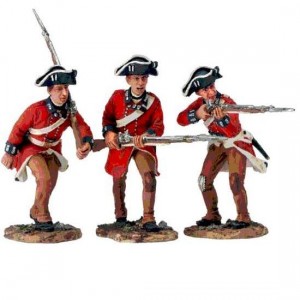 between women and men dotted about the English countryside, what was up with those officers forever passing in and out of her picture?  George & Co. were dispatching them all over the globe to battle for Britain.  Napoleon, not content with ruling France and picking off large chunks of Europe, sold his Louisiana Territory to the Americans to fund a British invasion!  Spain, England’s enemy since before Sir Francis Drake, flipped to ally.  Who owned any particular Caribbean island was a toss-up from one year to the next.  And that’s not to mention Napoleon’s horrifically doomed invasion of Russia (see War and Peace), or Britain’s re-assault on America in the War of 1812 (see “The Battle of New Orleans”).

Meanwhile, the wastrel Prince Regent hadn’t learned much from Louis XVI and Marie Antoinette.  While George squandered fortunes on amusements, his subjects were starving in the streets.  It wasn’t just him, though.  Jane Austen largely ignored them, too.  Call it a useful reminder of the power of modern media.  The ladies and gentlemen discovering the waltz or quadrille on either Austen’s or the Regent’s dance floor literally didn’t see their countrymen at the bottom of the barrel.  Out of sight, out of mind.

Luckily, Charles Dickens was born in 1812.