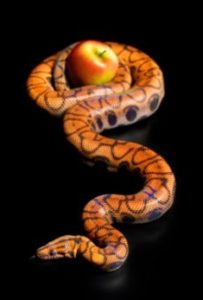 As 2018 started, Apple announced several significant changes to the company’s approach to books. According to Mark Gurman in Bloomberg, they plan to retool their reading app, making it easier to read (and buy) e-books or listen to audiobooks on the iPad and other Apple devices. This accompanies a plan to morph iBooks into Apple Books, with a fresh design to echo Apple Music. Heading the new effort is Kashif Zafar, a senior vice president from Audible, Amazon’s market-dominating audiobooks business (see below), who previously was a content VP at Barnes & Noble’s Nook e-reader division.

Meanwhile, Google has launched Google Play Books, which will compete for audiobook sales with Apple Books and Amazon’s Audible. Michael Schaub reports in The L.A. Times that Google’s plan is to enable “readers in 45 countries to play audiobooks purchased through the service on several platforms, including Google Home, the company’s popular smart speaker.” The Google Play Books listener also benefits from automatic syncing — you can start listening on your way home from work on your Android or iPhone, and pick up where you left off on your home speaker or computer. 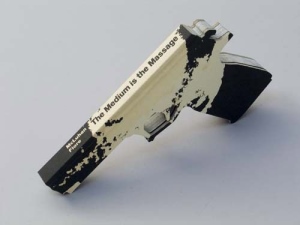 Amazon, as always, remains a moving target. According to Jeffrey A. Trachtenberg in yesterday’s Wall Street Journal, they too have audiobook innovations in the pipeline. Coming later this year are the first hot new audiobooks that will precede the release of the print or e-book. Now that many “readers” are listeners, Amazon is working with (or twisting the arms of) publishing companies as well as authors to bring content straight to consumers’ ears:

Audible is pitching literary agents on the benefits of using its services, saying authors will get a competitive bidding process that could mean more money in their pockets, and . . . adding pressure on book publishers to hold on to a modest but growing area of an otherwise challenged book industry. In the first eight months of 2017, publishers’ revenue from audiobooks grew 20% from the same period a year earlier, while print books only rose 1.5% and e-books slipped 5.4% . . .

For those of us with a stake in the outcome, it’s useful to keep in mind a contrast in corporate strategy noted by Bloomberg’s Gurman:

Apple’s renewed effort highlights its different approach to software services and hardware, compared with Amazon. Apple sells e-books to make its high-priced devices more attractive, making money on the sale of the hardware. Amazon churns out new versions of Kindle devices at or near to cost and tries to make money selling content.

What outcome is likely for authors? As Sancho Panza remarked in Man of La Mancha: Whether the pitcher hits the stone or the stone hits the pitcher, it’s bound to be bad for the pitcher.