Book of the Week: surgeon/author Atul Gawande’s Being Mortal: Medicine and What Matters in the End. Have you read it? or heard of it? This is the only book I’ve ever seen with a 5-star rating at 3,000+ Amazon reviews (along with the slightly creepy distinction of #1 Best Seller in Death & Grief).

As a doctor who’s treated dozens, maybe hundreds of patients, Gawande was struck by their take on mortality. Like the old joke: I know everybody has to die; I just didn’t think that applied to me. People would come into his office who’d just been diagnosed with cancer, or some other terminal disease, & they were in shock: How can this happen to me? What they wanted Dr. Gawande to do was make it go away. Give me back my life. Whatever it takes–surgery, radiation, chemo–I want my life back.

Two realizations disturbed him. First, although most of his patients said they wouldn’t want to go on if they stopped being themselves, if they wound up helpless in a hospital or a nursing home, that was in fact how most of their lives ended. 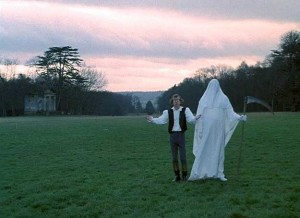 Second, doctors collaborated in this outcome: “Medicine exists to fight death & disease. Death is the enemy. But the enemy has superior forces. Eventually it wins.”

In Being Mortal, we follow Gawande as he explores the options for aging, the pros and cons of the many turning-point choices along life’s home stretch, and the urgency of recognizing and confronting those choices. Mortality is implausible, yet it is universal. This book is a helpful step out of the mindset I grew up with–“Hope I die before I get old!”–toward ending life with the most possible dignity and comfort. 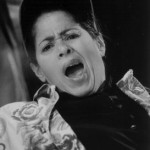 Dignity and comfort are not options in many of the lives depicted by Anna Deveare Smith in her new theater piece Notes from the Field: Doing Time in Education. It’s brilliant, and it’s playing at Berkeley Repertory Theatre through August 2, with live music by local jazz virtuoso Marcus Shelby.

Unlike most young actresses studying Shakespeare, Smith homed in on Hamlet’s observation that theater holds a mirror up to nature.  Her subject is violent, headline-grabbing social conflicts in the United States; her technique is to interview diverse participants and observers and weave their testimony into a play. 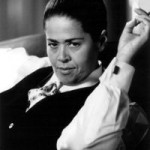 The first clash she investigated was the so-called Crown Heights incident in 1991, sparked by a New York rabbi’s entourage running over an African-American child. Smith talked to outraged people on both sides and depicted each of them verbatim–not just their words but their accents and body language–in Fires in the Mirror: Crown Heights, Brooklyn, and Other Identities.

Anna Deveare Smith has transformed what theater can do by transforming herself into the people she interviews. 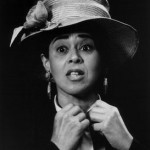 She levels the playing field: we can’t make our usual (often unconscious) snap judgments about each speaker based on gender, race, age, and appearance, because they all look like Anna Deveare Smith. Instead we’re obliged to watch and listen. I’ve had the good fortune to see every piece she’s done, from Fires in the Mirror and Twilight: Los Angeles, about the Rodney King fracas, up through her current investigation of the school-to-prison pipeline that dooms way too many American children. 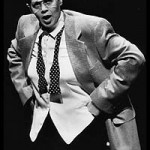 Notes from the Field struck me as gentler, as well as more participatory, than Smith’s previous pieces. With so much anger in the media and the streets over discrimination at every level of the justice system against people (especially males) of color, Smith offers us some exceptionally articulate, insightful, and heartbreaking angles on a subject which–like mortality–we ignore at our peril.